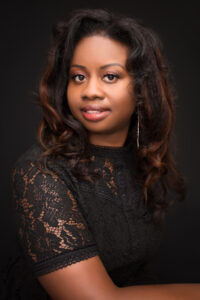 Dr. McMullen’s research interests are in the perception, applications, and development of 3D audio technologies. In this line of research, sounds are digitally filtered such that when they are played over headphones, the listener perceives the sound as being emitted from a specific location in their own physical space. She is using this research to create realistic virtual environments, enhance data sonification, augment assistive technologies for persons with visual impairments, and decrease cognitive load in multimodal systems. She has recently earned the National Science Foundation’s CAREER Award to further support her research in this area. She is also the PI of an NSF S-STEM award to augment the financial load of graduate school for PhD students.

Dr. McMullen has a personal commitment to encouraging women and minorities to pursue careers in computing and other STEM fields. Dr. McMullen has worked on NSF’s Institute for African-American Mentoring in Computing Sciences (iAAMCS) effort to broaden participation in the field of computing. In this role, she has served as the conference chair for the National Society of Blacks in Computing which gathers Black computing student, faculty, and industry professionals for professional development, career progress, networking, and building social capital. In addition, Dr. McMullen co-hosts Modern Figures Podcast, elevating the voices of Black women in computing.